Raw foodism simply describes a way of eating, it is a raw and usually, plant based diet. 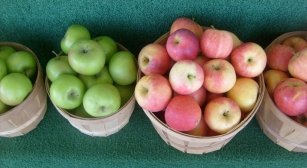 Raw eating is neither a conventional weight loss diet, a religion or even a weird fad. It is, however, a way of life for many health-minded people. This type of eating is also known as “going raw” or “eating a raw diet,” describes a lifestyle where cooked foods are eliminated and it is the practice of eating raw foods instead of traditional cooked foods. Usually, the raw, plant derived foods are both organic and non-genetically modified (GMO) food. Those who practice such eating habits are referred to as “raw foodists.”

This practice of eating mainly raw food includes many variations of several eating habits. The most popular types of raw foodism are:

Vegan Raw – Those who follow this type of raw food diet eat only plant derived foods in their natural, uncooked form. They exclude all types of animal products including milk, eggs and slaughtered animal by-products, and sometimes honey. These raw foodists can further be divided into 'fruitarians', 'juicearians' and 'sproutarians'. The majority of vegan raw foodists utilize a mixture of all of the above methods.

Fruitarians – Those who eat a diet consisting almost exclusively of raw fruits and nuts.

Juicearians – Those who process their raw plant food into juice.

Others may describe themselves as being “high raw”— a majority of their food is raw.

There is a bit of truth to this statement. The raw food that we love is living and full of wonderful enzymes. But there are also harmful, living additives such as bacteria, parasites and molds. Most of these are harmless, but some can cause severe food poisoning. Cooking your food is no guarantee that you will not be harmed by some of these negatives. Raw food, as with any food, you need to use good hygiene and common sense. Here are some very basic raw food safety tips.

I was told that using hydrogen peroxide is more effective than cooking your food.

One of the myths of eating raw food is its seeming lack of protein. Consider where cows (for those who used to eat steak and hamburger) get their protein? They get it from greens. That is why I try to drink a green smoothie every day to get my protein plus lots of other great health benefits!

A diet of totally raw foods is not "balanced".

A conventional “balanced diet” usually consists of fruits, vegetables, grains and meat. In a raw food diet, the grains can be included, just not cooked, so processed traditional bread is not to be found and there is usually no animal flesh consumed. To the uninformed this is not a balanced diet. However, looking closely at the practice of raw foodism, you will find that everything goes back to  plants. Bread and meat both have plant-based origins. Raw foodism is simply eliminating the “middle man” of both carnivores and traditional processing and eating plants in their most natural form.